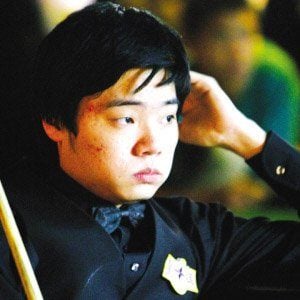 Snooker player widely considered to be the best Chinese player ever. He won six Asian titles between 2002 and 2013 and became the youngest-ever winner of the IBSF World Under-21 Championship.

He began training in snooker at age nine and won the Asian Under-21 Championship in 2002.

He is just the second person to have won three ranking titles as a teenager.

His parents sold their home to support his career as a snooker player.

He and England's Judd Trump have both been ranked in the top 10 of the World Professional Billiards and Snooker Association's world rankings.

Ding Junhui Is A Member Of