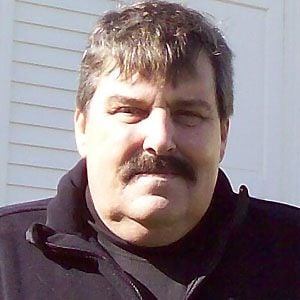 He began making his woodcarvings while living at the Quarry Hill Creative Center in Vermont. He also worked early in his career as a dealer of antiques.

His artwork belonged to permanent collections at the Smithsonian Institution, the Dog Museum of America, and the American Kennel Club.

He grew up in Columbus, Ohio. He and his wife Gwen hosted the extremely popular Dog Party and Dog Fest in his Dog Mountain studio.

Stephen Huneck Is A Member Of