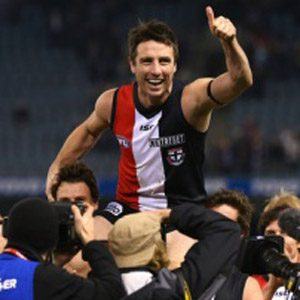 He started out his career in the Victorian Football League before joining St. Kilda in the AFL and quickly becoming their leading goalkicker.

He grew up in Victoria, Australia.

He and Cyril Rioli were both named to the All-Australian team in 2012.

Stephen Milne Is A Member Of