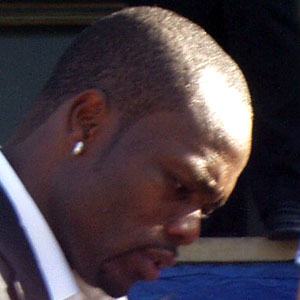 Most Popular#148309
Soccer Player Born in Trinidad And Tobago#10

Trinidadian forward who played with Nottingham Forest, Birmingham, and other prominent British football clubs. He was a member of the Trinidad and Tobago national team from 1995 to 2011.

He began his professional career with the Malta Carib Alcons in 1996.

His best years were in the MLS, where in his sophomore season, he scored 27 goals in 26 appearances for the Columbus Crew, winning the 1998 Golden Boot.

His older cousin, Ansil Elcock, recommended he try out for the MLS.

He and Alan Hinton both became great players for the Birmingham Forest football club.

Most Popular#148309
Soccer Player Born in Trinidad And Tobago#10

Stern John Is A Member Of