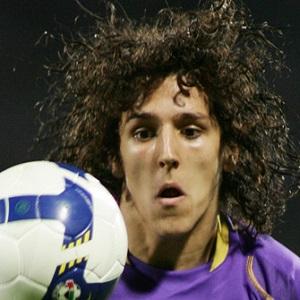 Striker who joined Manchester City in 2013 after playing 5 seasons with AC Fiorentina. He became a member of Montenegro's national team in 2007.

He played youth soccer from age 6 to 17, before making his professional debut with Partizan in 2006.

He scored 35 goals in 116 appearances with AC Fiorentina.

He grew up with his family in the small city of Titograd, Yugoslavia.

He cited Andriy Shevchenko as one of his greatest inspirations as a child.

Stevan Jovetic Is A Member Of