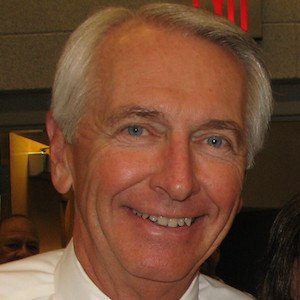 Politician and member of the Democratic party who became the 61st Governor of the Commonwealth of Kentucky in 2007.

He practiced law in New York after receiving his law degree from the University of Kentucky College of Law in 1968.

As attorney general, he issued an opinion that copies of the Ten Commandments should be removed from the walls of the state's classrooms due to the U.S. Supreme Court's decision in Stone v. Graham.

He has two sons with his wife Jane Klingner, who he married in 1969.

He lost to Mitch McConnell, the incumbent, in a 1996 US Senate bid.

Steve Beshear Is A Member Of