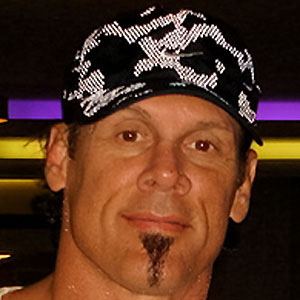 Born Steve Borden but best known by the ring name Sting, he is a veteran wrestler who has won multiple championships with NWA, WCW and TNA in his career.

He began his wrestling career in in 1985, under the ring name Flash.

He is recognized by my signature white and black face paint.

He has three children, Garrett, Steven and Gracie, with ex-wife Sue Borden.

He won a WCW Tag Team Championship with Kevin Nash.

Sting Is A Member Of