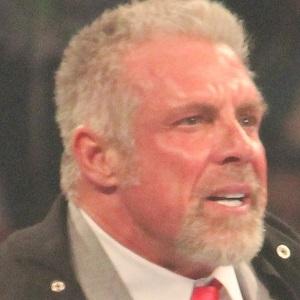 WWF icon named James Hellwig who wrestled under such ring names as The Ultimate Warrior, Dingo Warrior and Warrior in the 1980s and '90s.

He was an amateur bodybuilder while attending Indiana State University.

He was a one-time WWF Heavyweight Champion and two-time Intercontinental Champion.

He had two daughters, Indiana and Mattigan, with his second wife Dana Viale.

He won the WWF Championship when he defeated Hulk Hogan at WrestleMania VI.

Ultimate Warrior Is A Member Of