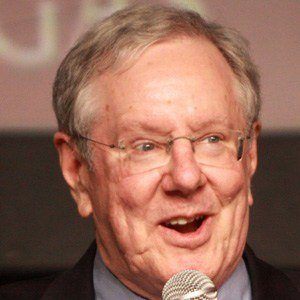 Forbes magazine editor-in-chief and former Republican presidential primary candidate who became known for his belief in a flat income tax.

He graduated from Princeton University in 1970, where he had founded the student-run magazine Business Today.

He fathered five daughters with his wife Sabina. His grandfather B.C. Forbes founded the magazine, and his father, Malcolm, continued the legacy.

He endorsed Rick Perry in 2011 for the 2012 Republican presidential nomination.

Steve Forbes Is A Member Of