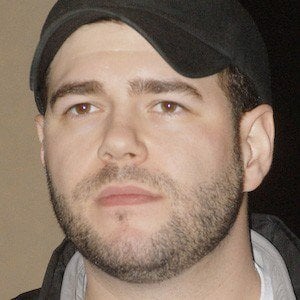 Producer and television star first known as the tech specialist for The Atlantic Paranormal Society, the paranormal investigation group featured in Ghost Hunters. He later became a lead investigator and has since been a featured expert on shows like Ghost Hunters Academy and Destination Truth.

He was interested in the paranormal even as a child and began his own investigative team as a teenager. In 1996, he joined TAPS while working as a police officer.

He is the co-founder of the Atlantic Paranormal Society's Paramagazine.

He was born in New Bedford, Massachusetts and lived in Chicopee.

He served as a lead investigator on the SyFy series Ghost Hunters alongside the show's producer and TAPS founder Jason Hawes.

Steve Gonsalves Is A Member Of