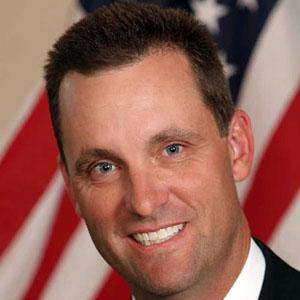 Republican politician who became a Senator representing California's 21st District in 2012. In 2014, he was elected to the U.S. House of Representatives from California's 25th district.

He was born on Edwards Air Force Base in California.

He is a staunch conservative who has consistently voted against gun control measures and openly supported Proposition 8, which sought to ban gay marriage in California.

He married a woman named Lily, with whom he has children. His father is politician and astronaut William J. Knight.

He succeeded Buck McCeon as the Representative for California's 25th district.

Steve Knight Is A Member Of