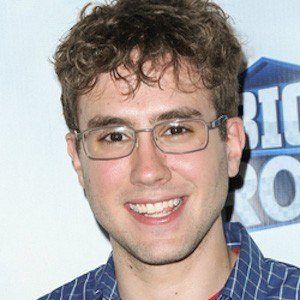 Winner of the 17th season of the CBS reality series Big Brother. He was a college student when he went on the show, attending Fredonia State University where he studied Audio Engineering and Music.

Before attending Fredonia, he studied mechanical engineering at Cornell University. When he was 18, he taught an engineering class at Cornell and was just a year older than his students at the time.

He claimed Danielle Reyes to be his favorite all-time Big Brother houseguest.

He was born and raised in Gouverneur, New York. His mother Kathy is active on Twitter using the handle @bandleadinglady.

He beat out Clay Honeycutt to go on to win Big Brother 17.

Steve Moses Is A Member Of