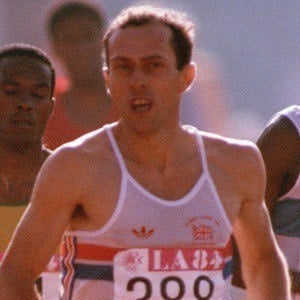 English distance runner who won the 800 meters Olympic gold and the 1500 meters bronze at the 1980 Moscow Games.

He was a European Junior Champion in 1973.

He held the UK record for 2 miles for over three decades.

He is the brother of Nicholas Ovett, who was an Olympic luge competitor.

He brought home long-distance gold for his country in 1980; Mo Farah would do the same in 2012.

Steve Ovett Is A Member Of