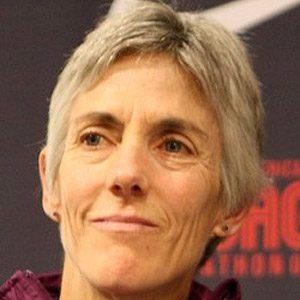 Marathon runner who won a gold medal in the inaugural women's marathon event at the 1984 Olympics.

She began running long-distance as means to rehab a broken leg, and went on to race at Bowdoin College and North Carolina State.

She raised two children with her husband Scott Samuelson.

She joined Lance Armstrong as a motivational and congratulatory voice on the Nike + iPod system.

Joan Benoit Is A Member Of