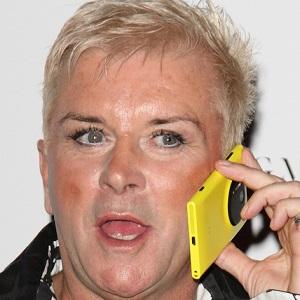 Influential welsh punk artist who fronted the band Visage, the group known for the single "Fade to Grey," in the 1980s.

He performed with his first punk band, The Photons, in 1978.

He later performed with the bands Visage Mk II and The Detroit Starrzz.

His parents divorced when he was a child.

He was portrayed by Marc Warren in the 2010 BBC TV movie Worried About the Boy.

Steve Strange Is A Member Of