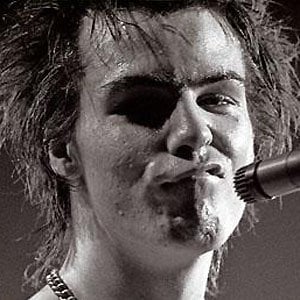 Punk rock personality and bassist with Sex Pistols who overdosed on heroin in his sleep. His solo music was collected on the posthumous album Sid Sings.

He moved to Ibiza as a boy with his mother; they waited for his father, who never showed up. His mother remarried.

In 2006, he was inducted into the Rock and Roll Hall of Fame.

He and John Lydon were both members of The Sex Pistols.

Sid Vicious Is A Member Of