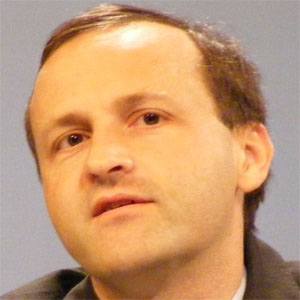 English Liberal Democrat politician who began serving in Parliament in 1997. He was appointed Minister of State for Pensions in 2010.

He attended Hertford College, Oxford and studied philosophy, politics, and economics before going to work for the Institute for Fiscal Studies.

Because he was one of the first Members of Parliament to have a sophisticated website and blog, he won the 2005 Hansard Society E-Democracy Award.

He married Helen Edwards in 1993, and they had one son and one daughter together.

He endorsed Nick Clegg for Leader of the Liberal Democrats party in 2007.

Steve Webb Is A Member Of