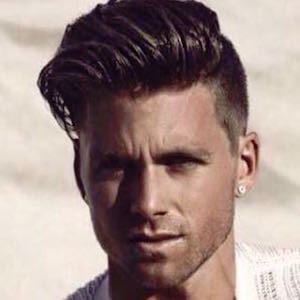 Known for his prolific underwear modeling career. He has also developed a reputation in the West Hollywood clubbing scene as a dancer in residence at The Abbey.

He graduated from the University of California, San Diego in 2010. He began his modeling career with the underwear and swimwear line Timoteo.

He appeared on the cover of Odyssey Magazine in September 2015. That same year, he appeared in the Todrick Hall music video for the song "B**** Perfect."

He was born and raised in Simi Valley, California. His parents are named Patricia and William. He has one older brother named Kenneth.

He appeared on The Ellen DeGeneres Show in 2015 as Mr. Coconuts in a commercial for the show.

Steven Dehler Is A Member Of