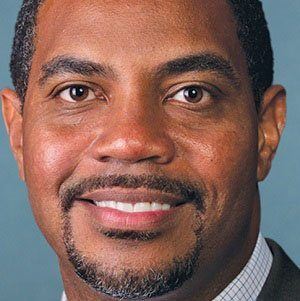 Democrat who became a US Congressman from Nevada's 4th district in 2013. He was the first African American to represent the state of Nevada in Congress.

He attended University of Nevada, Reno but never graduated.

Before entering Congress he was the first African American state senate Majority Leader in Nevada history.

He has three children with his wife, Dr. Sonya Horsford.

He is a Democrat from Nevada much like fellow politician Harry Reid.

Steven Horsford Is A Member Of