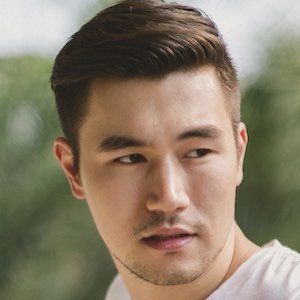 Reality star who became famous after winning "Ultimate Male Survivor" on the fifth season of Philippine reality show StarStruck in 2009. Since then, he has had success in several other GMA shows, including Time of My Life, Together Forever, Coffee Prince and Party Pilipinas.

He was a soccer player for Team Socceroo FC in the UFL Second Division.

He served as co-host of the GMA show Taste Buddies in 2014. He was the first Mindanao representative and oldest male competitor to ever win StarStruck.

He is of Portuguese, Chinese and Filipino descent. He was born in San Diego, California.

He and opponent Sarah Lahbati won StarStruck's Ultimate Male and Female Survivors. They also went on to star in the Philippine TV show Love Bug.

Steven Silva Is A Member Of