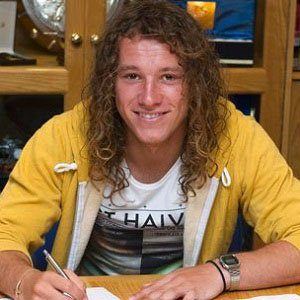 Striker who became one of the brightest young stars in Scottish soccer while playing for St. Johnstone and Sheffield Wednesday. He made his senior debut for the Scottish national team in 2014. He joined Aberdeen in 2017 after playing at Preston North End for two years.

He started playing soccer at 10 years old and got his start with St. Johnstone's youth squad. He debuted with the club's first team in 2009.

His parents are Graham and Rona May.

He became teammates with goalkeeper Keiren Westwood at Sheffield Wednesday in 2014.

Stevie May Is A Member Of