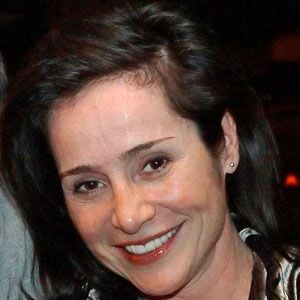 Known best for playing Whazzat Kangaroo in a 1980s American children's television series called Zoobilee Zoo, this Canadian-born actress also appeared in such series as The Outer Limits and Poltergeist: The Legacy.

During her childhood years, she played the role of Adele in a Charlottetown Festival production of the musical Jane Eyre. She went on to appear in the first seasons of the soap opera Knots Landing.

A successful voice actor and director, she won a 2002 Emmy for her work on close to eighty episodes of Disney's Madeline.

Born in Montreal, Quebec, and raised in Toronto, Ontario, she attended the American Academy of Dramatic Arts (in New York City) before ultimately settling in Los Angeles, California.

She portrayed country singer Patsy Cline in a six-year-long theater tour of a one-woman show.

Stevie Vallance Is A Member Of