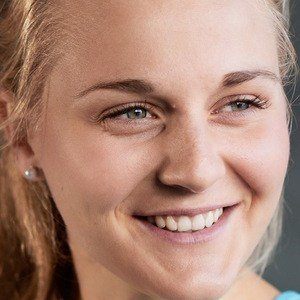 Swedish cross country skier and Olympic medalist. She became a junior world champion in the sprint relay and finished 23rd in her first World Cup in 2012. She won a gold medal in the sprint event at the 2012 Junior World Championship.

She started her junior skiing career in 2009.

She won a bronze medal in the team sprint relay with Ida Ingemarsdotter at the Sochi Olympics in 2014.

She was born Tapp Karin Stina Nilsson in Malung, Sweden.

She finished second at the 2016 Nordic Opening behind Therese Johaug.

Stina Nilsson Is A Member Of