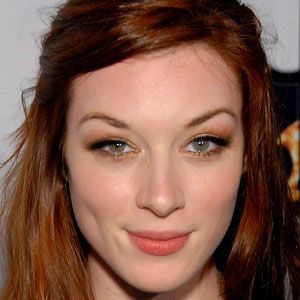 Adult film actress as well as writer and model who has won multiple AVN and XBIZ Awards. She signed a 3 year deal with Digital Playground in 2007.

She wanted to be a dancer as a child, taking lessons as early as the age of 3. She was home-schooled and got her high school diploma before she was 16 years old.

She was born in Wilmington, North Carolina and is of Scottish and Serbian descent.

She has been involved with Marilyn Manson and James Deen.

Stoya Is A Member Of