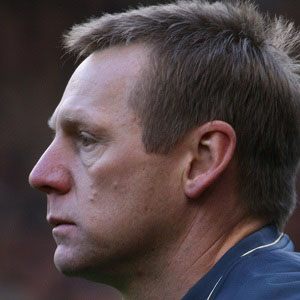 Soccer manager and former player who coached the English Under-21 squad from 2007 to 2013. As a player, he was named to the Football League First Division PFA Team of the Year in five straight seasons.

He attended Claremont High School in Kenton and began his playing career with Wealdstone in 1978.

He is a huge fan of punk rock and is seen on the inside cover of the album God's Lonely Men by the band The Lurkers.

His brother Dennis is a politician in the British National Party.

He has managed English defender Danny Collins at Nottingham Forest.

Stuart Pearce Is A Member Of