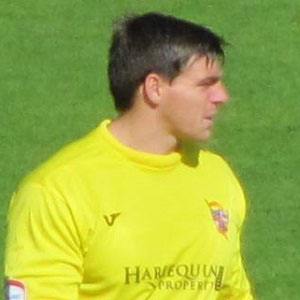 English former goalkeeper who won the FA Trophy title with Barlow in 2010. Since retiring from soccer, he has attempted a career in professional wrestling, debuting with WWE NXT in 2014 under the ring name Hugo Knox.

He rose through the youth system of Crewe Alexandra before making his senior debut with the club in 2003.

He has tried to become a model, posing for the cover Men's Health Magazine multiple times.

He was born in Chester, England.

He was managed by Dario Gradi at Crewe Aleandra.

Stuart Tomlinson Is A Member Of