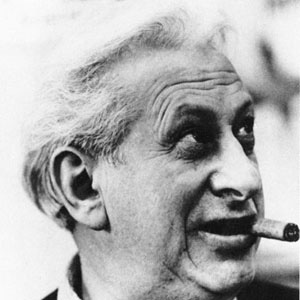 Author, historian, and radio personality who won a Pulitzer Prize for his 1985 non-fiction work, The Good War. He is also remembered for his oral histories of ordinary Americans.

He began his career as a voice actor and radio news announcer. He subsequently starred in a 1950s television program called Studs' Place and went on to publish his first book, Giants of Jazz, in 1956.

He hosted The Studs Terkel Program on Chicago radio from 1952 to 1997.

He was married to Ida Goldberg for 87 years. Together, they had had a son named Dan Terkel.

He interviewed many celebrity guests on his Chicago-based radio show, including singer Bob Dylan .

Studs Terkel Is A Member Of