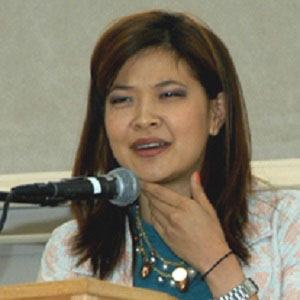 Notable as a broadcast journalist for MTV News, she provided coverage of events such as the MTV Video Music Awards and the Sundance Film Festival.

After studying political science at the University of California, Berkeley, she worked for the ZDTV cable channel and for the KRON virtual channel and went on to host the Oxygen network program Trackers.

She spent the first five years of her life in her family's native South Korea and the remainder of her childhood in the San Francisco suburb of Union City, California. She and her entrepreneur husband, Mike Bender, welcomed a son in 2012.

In a 2007 episode of the Oprah Winfrey Show, Pak discussed her longstanding body image issues.

Su-chin Pak Is A Member Of