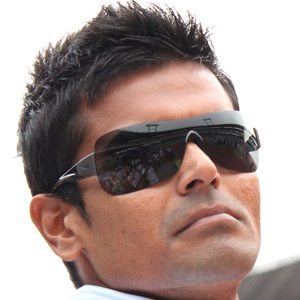 He first joined the Indian Premiere League in 2008.

He was nicknamed Mr. Dependable for his reliability while with the Chennai Super Kings.

He was born in Madras, India.

He was called back to the Indian international squad following the retirement of famed batsman V.V.S. Laxman.

Subramaniam Badrinath Is A Member Of