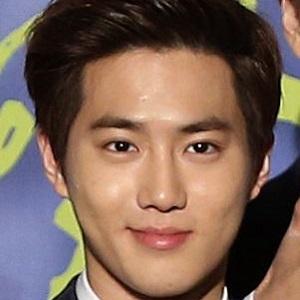 South Korean singer best known as the leader of the pop group EXO and its sub-group EXO-K. He and the band are known for hits like "What Is Love" and "Mama."

He was born Kim Joon-Myeon and was discovered through S.M. Entertainment's S.M. Casting System.

He lent his vocal talents to the 2013 film Saving Santa, in which he voiced the character of Bernard.

His father was a professor at Soonchunhyang University. He is a Buddhist.

He appeared in the music video for the song HaHaHa Song by the band TVXQ, which features Park Yoochun as a vocalist.

Suho Is A Member Of