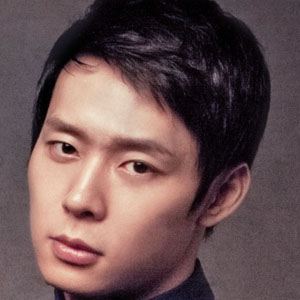 South Korean singer and actor best known for being in the pop group JYJ and the boy-band TVXQ. He also acted in the popular South Korean dramas Sungkyunkwan Scandal, Miss Ripley, Rooftop Prince, and Missing You.

He was a member of TVXQ from 2003 to 2009, but filed a lawsuit against his agency stating that the terms of his contract were unfair. He and two band mates formed JYJ in 2010.

He is known by the stage names Micky Yoochun and Yuchun.

His family moved to the United States when he was in middle school but returned to South Korea to jumpstart his entertainment career. His brother is actor Park Yu-hwan.

He performed in TVXQ and JYJ with Kim Jaejoong.

Park Yoochun Is A Member Of