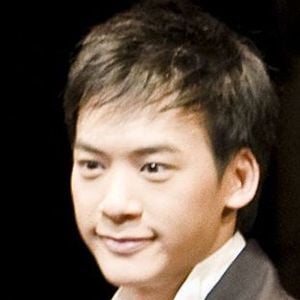 Pop star and actor commonly known as Bie who finished as the runner-up on the talent competition The Star before becoming hugely popular with singles like "Jungwa Huajai" and "Maak Maai." He has starred in several successful stage musicals including, Thakonkiat Veerawan and Waterfall.

He received a Bachelor of Engineering degree from King Mongkut's University of Technology Thonburi at Bangkok.

He won the Gmember Award for Favorite Male Artist of the Year in 2015.

He has an older sister named Mangpor.

Sukrit Wisetkaew Is A Member Of