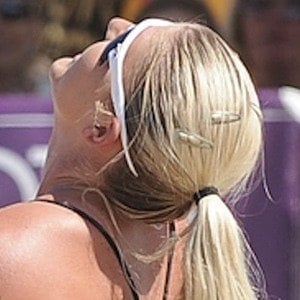 Beach volleyball star who in 2010 became the first person to win the FIVB Youth U-19 and Junior U-21 world championships in the same year. Her efforts earned her the 2010 USA Volleyball Beach Female Athlete of the Year honors.

She attended the University of Washington to play indoor volleyball, but later transferred to Pepperdine to play beach volleyball.

Even before her success in 2010, she qualified for an AVP tournament in 2009 at the age of 16. Her partner at the time was 17, making them the youngest team to qualify.

Her older brother also played volleyball at Pepperdine. Her parents are Kathy and Tony Ross.

She and Emily Day have competed as teammates.

Summer Ross Is A Member Of