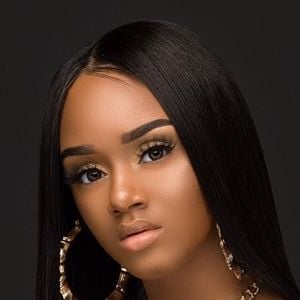 Rapper, model and actress who released an album titled Got 'Em Like in 2015 after releasing an EP called Summer Time. Singles of hers include "Loud," "Ya'' Can't Sit With Us," "Fed Up," "Heartbeat" and "While We're Young."

She appeared as herself in the television series The Good Night Show from 2009 to 2010. She had a minor role in the 2010 film The Prospects.

She played Summer Jordan in the show Always Summer and has film credits in Changing the Game and Touched the Film.

She is from Philadelphia, Pennsylvania and later lived in Los Angeles, California. She has a sister named Ashley.

She was featured in the film Changing the Game, starring Suzzanne Douglas.

Summer Valentine Is A Member Of