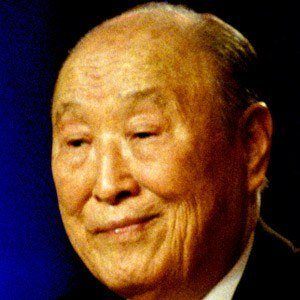 Originally from a family with strong Confucianist beliefs, his entire family converted to Christianity when he was 10.

He founded News World Communications, which has many magazines under it.

He married his first wife Choi Sun-kil in 1944.

He is a South Korean billionaire, while American entrepreneur Bill Gates is constantly ranked amongst the World's Billionaires list.

Sun Myung Moon Is A Member Of