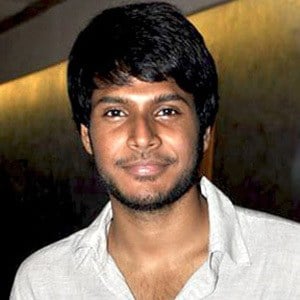 He is known for also having worked as an assistant director for Gautham Menon for a year prior to his acting career.

He is the nephew of cinematographers Chota K. Naidu and Shyam K. Naidu.

He starred alongside Lakshmi Manchu in the 2013 feature film Gundello Godari.

Sundeep Kishan Is A Member Of