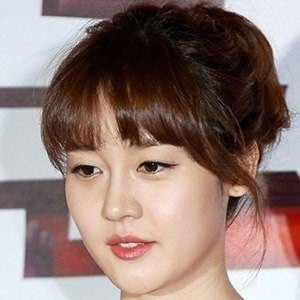 Known for her membership in the South Korean, all-female pop group Fin.K.L (Fin Killing Liberty), this vocalist also had a career as an actress, appearing in such South Korean series as Thousand Years of Love and The Snow Queen.

While studying at South Korea's Kyung Hee University, she played early-career roles in such television series as My Platoon Leader and Bad Girls.

She was born in Germany to a South Korean theology professor father.

She and Lee Hyori were both members of Fin.K.L.

Sung Yu-ri Is A Member Of