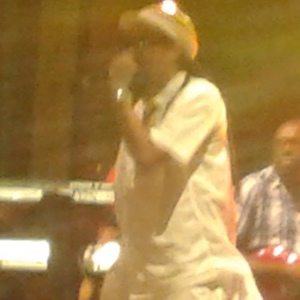 Born William Anthony Maragh and known to his fans as Super Cat, this Jamaican disc jockey rose to fame on the dancehall scene in the 1980s and 1990s. His enormously popular singles include "Ghetto Red Hot," "Dem No Worry We," and "Don Dada."

Early in his career, he was mentored by fellow Jamaican DJ Early B.

Born to a family of both African and Indian heritage, he grew up in a rough neighborhood of Kingston, Jamaica.

In the early 1990s, he collaborated with Kris Kross producer Jermaine Dupri and artists Chris Smith and Chris Kelly on a remix of the hit song "Jump."

Super Cat Is A Member Of