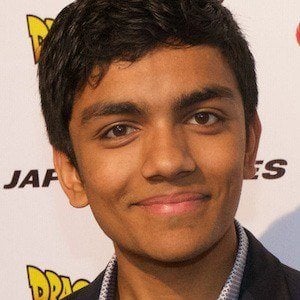 Actor and singer who became known to movie audiences worldwide for his role as Alai in the 2013 science-fiction epic Ender's Game. He is also known for television roles like Pony on Glee and Sanjay on Modern Family.

He spent his early childhood in Tennessee and began singing and playing drums at age 3. He later moved to Los Angeles, California to pursue an entertainment career and attended the University of Southern California.

He sang "America the Beautiful" at the 2009 U.S. Open tennis tournament.

He has a younger sister named Divya.

He co-starred with Aramis Knight in Ender's Game.

Suraj Partha Is A Member Of