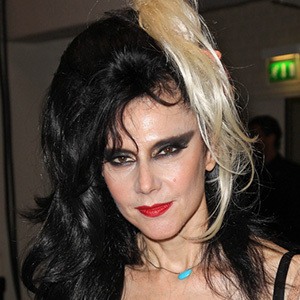 Event director and producer who is best recognized for having thrown monthly parties at the Copacabana in the late 1980s. She gained international attention from Montreal to Miami and was featured in several New York Times articles for her contributions to the scene.

She moved to London at the age of 17 and then New York in 1981 where she opened a clothing shop in SoHo. Specializing in edgy clothing, she brought British designers to the United States and New York's culture. She was honored at The Museum at FIT in 2015 celebrating her costumes and design work.

She is known for having created the Love Ball in 1989 which raised 2.5 million dollars to help fight AIDS.

After moving to London in 1979, she met several iconic celebrities and befriended Jimmy Page and Malcolm McLaren.

Susanne Bartsch Is A Member Of