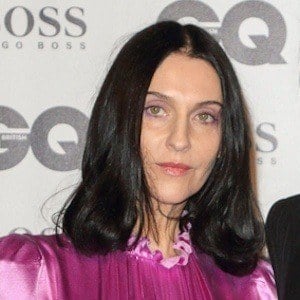 Fashion designer who created the feminine design company The Vampire's Wife with her friend and business partner Alex Adamson in 2014. She has more than 120,000 followers on her susiecaveofficial Instagram account.

She appeared as a model in the 1995 film Flirt.

The 2016 documentary One More Time with Feeling covered the Caves' struggle with their son's death.

She married musician Nick Cave. She had twins named Earl and Arthur. Arthur passed away in July 2015.

Susie Bick Is A Member Of