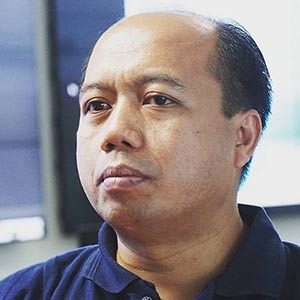 Indonesian politician and civil servant who is best known for working as the Indonesian National Board of Disaster Management as its head of public relations. He is also known for his updates throughout disasters through social media including to twitter where he has over 200,000 followers.

He earned his Bachelor's degree in Geography from Gadjah Mada University and later his PhD in Hydrology from Bogor Agricultural Institute. He officially joined the National Board of Disaster Management in August of 2010.

He is also known for having taught and lectured at the Bogor Agricultural Institute, the University of Indonesia, and the Indonesia Defense University.

He married Retno Utami Yulianingsih and together they have four children.

He defended the attacks of governor Basuki Tjahaja Purnama advocating for constructive input to fix other disaster related issues.

Sutopo Nugroho Is A Member Of