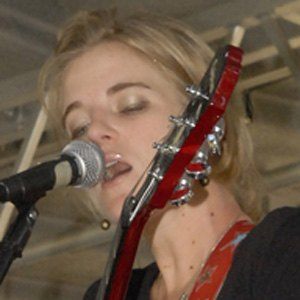 Songwriter, singer, and reggae guitarist whose albums include Shudders & Rings and Steady Eye Shaky Bow. She appeared on the third season of an NBC reality talent competition called The Voice.

She began performing professionally in her early teens with the band Red-Headed Stepchild.

Her cover of Jimmie Driftwood's "Tennessee Stud" was included in a 2010 documentary film called Catfish.

She grew up in Austin, Texas and studied at both Southwest Texas State University and the Santa Fe University of Art and Design.

She was selected as a member of Blake Shelton's The Voice team.

Suzanna Choffel Is A Member Of