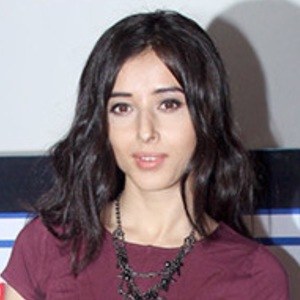 Indian actress who's known for starring as Mona in the 2016 horror film Mona Darling and for playing Shreya in the 2016 film Raaz Reboot. She also appeared in Badmashiyaan, 22 Yards, and Trip to Bhangarh.

She made her TV debut by appearing in the reality show MTV Roadies Hell Down Under in 2009.

She can speak Ukrainian, Russian, Bengali, Hindi, English, and Marathi.

Her father is Bengali and her mother is half Ukrainian and Russian.

She co-starred alongside Emraan Hashmi and Kriti Kharbanda in the film Raaz Reboot.

Suzanna Mukherjee Is A Member Of