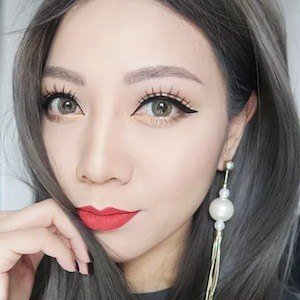 YouTube beauty and style blogger knwon for her StyleSuzi channel where she's gained more than 380,000 subscribers posting makeup tutorials, product reviews, and haul videos. She also has a blog of the same name as her main channel and a second YouTube channel titled StyleSuziVlogs with it's own substantial following.

In November 2008, she opened her YouTube channel with the video "Seductive Bronze Makeup."

Some of her makeup tutorials have well over 1 million views a piece, including "Summer Hair Waves with a flat iron" and "Gyaru Makeup Tutorial."

She and husband Tommy Lee announced the name of their son Aiden in a November 2015 video.

Both she and Victoria Magrath are prolific English beauty vloggers.

Suzi Tse Is A Member Of