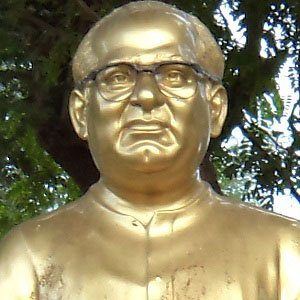 Famous for his work in both Telugu and Tamil films, he was a five-time recipient of the Rashtrapati Award, as well as the 1963 winner of an Indonesian Film Festival Best Actor Award for his work in Nartanasala.

After graduating from Hindu College, he began his acting career as the star of the film Varoodhini.

Also an acclaimed director, he received the Nandi Award for Best Feature Film for both Chadarangam (1967) and Bandhavyalu (1968).

Born Samarla Venkata Ranga Rao Naidu, he grew up in India's Andhra Pradesh and Tamil Nadu states as the child of Lakshmi Narasayamma and Samarla Koteswara Rao. He and his wife Leelavati later became parents to a son named Koteswara Rao and daughters named Prameela and Vijaya.

He and Chiranjeevi are both well-known Indian film actors.

SV Ranga Rao Is A Member Of