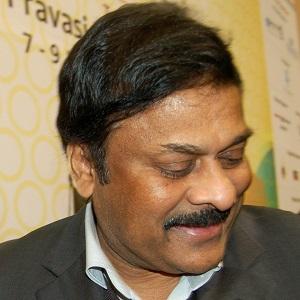 Longtime Indian actor who has appeared in over 150 films. He became the first South Indian actor to be invited to the Academy Awards ceremony in 1978.

He began his political career in 2012, when he became the Minister of Tourism of India.

He has three children with his wife Surekha named Ram, Sushmita and Sreeja.

He co-starred in the 1980 film, Kaali, with Rajinikanth.

Chiranjeevi Is A Member Of