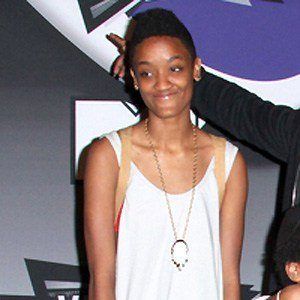 DJ, producer, and singer known for being a member of the Los Angeles rap collective Odd Future Wolf Gang Kill Them All. She is also a member of The Internet with Matt Martians.

She studied at the Hamilton Music Academy before starting to produce tracks at her parents' house.

Her house, known as "The Trap," is where much of Odd Future's music has been recorded.

She and rapper Tyler the Creator have both been members of Odd Future.

Syd Tha Kyd Is A Member Of