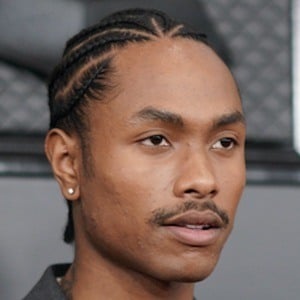 American hip-hop and R&B music producer who is best recognized for his work with the band The Internet. He was nominated for a Grammy Award for executive producing and performing on the band's 2015 studio album Ego Death.

He first began producing music in the digital audio workstation Garage Band on his iPhone 6.

He produced the beat for Kendrick Lamar's 2017 single "Pride."

He had the opportunity to collaborate with singer Kali Uchis on the single "Only You."

Steve Lacy Is A Member Of