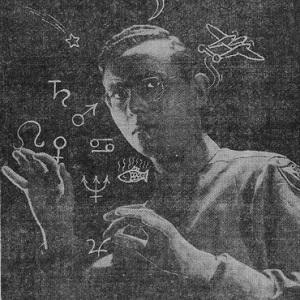 Remembered for his highly popular newspaper horoscopes, he also sold more than fifty million copies of his annual astrological guides tailored to members of each sign of the zodiac. His other published works include Sydney Omarr's New Millennium Guide and Sydney Omarr's Astrological Guide to Love & Romance.

After briefly joining the United States Army, he attended the journalism program at Mexico City College and subsequently worked for both the United Press and CBS Hollywood.

His popular, syndicated astrological column was picked up by over two hundred newspapers.

Born Sidney Kimmelman, he grew up in a Jewish family in Philadelphia, Pennsylvania. During the mid-1960s, he was briefly married to a model named Jeraldine Saunders.

He was a guest on Johnny Carson's popular late night talk show.

Sydney Omarr Is A Member Of